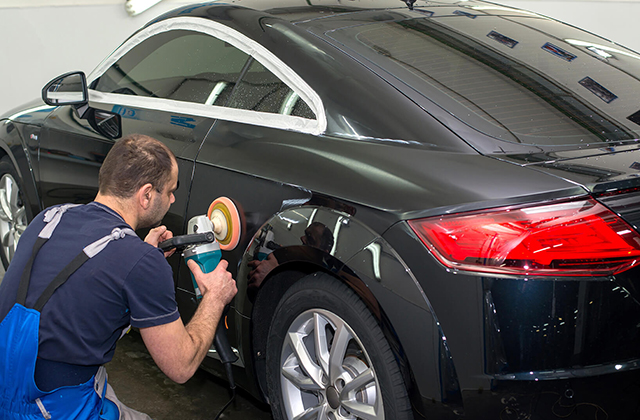 According to an analysis by a major vehicle paint manufacturer, the most popular vehicle colors among new car buyers are silver, at 23 percent of all cars, white, at 15 percent, and black, at 12 percent. Those three colors represent half of all cars on the road but do they have a car paint protection? I guess some of them don’t have.

The reasons behind car color choices are hard to pin down. One automotive paint executive speculates that silver and gray hues reflect our fascination with technology. It’s the brushed chrome hue on a laptop cover, or the gloss of smartphones and other devices.

Silvery and techno-gray hues also seem to accentuate the angular, edgy design of luxury sports vehicles. They may even lend a dab of sportiness to a family sedan.

But the quality of the paint was poor, and automobile owners found that their shiny new toys quickly faded to a sickly yellow color.

When the Ford Motor Company began producing the iconic Model T, they famously produced it only in black. But they created a new process of car painting using a hard-wearing asphalt-based paint.

By the early 1920s, Ford teamed up with the DuPont chemical company to create an improved process that could be used to paint vehicles in any color of the rainbow.

The Depression of the 1930s did not put consumers in a mood for bright colors. Cars, like fashion, took on somber hues. They would stay that way through the Depression years and the world war that followed.

With peacetime came an explosion of candy-colored vehicles.

Although the shades toned down a bit over the years that followed, a liking for color in cars didn’t entirely disappear. In 1976, the year of America’s bicentennial, the most popular car colors were red, white, and blue.

There’s still that half of consumers who refuse to drive a neutral colored car. And it turns out that gender plays a role in preferences.

The car colors that men prefer cost about $3,258 more than the colors women prefer.

This may not be as illogical as it seems. The make and model of a \used car are what counts most, and those sporty colors that men prefer tend to be used on sporty and more expensive vehicles.

The idea that certain colors of car cost more to insure is a myth. Insurance companies don’t even ask what color your car is. Your red car will be more expensive to insure if it’s a sports car and if it is a model that is more costly to repair.

Color has relatively little impact on resale value, compared with a car’s condition and age. Still, people generally prefer to purchase cars that are silver, white, or black. If you paint your vehicle bright purple, you might have a harder time selling it. It’s best to stick to the standard palate.